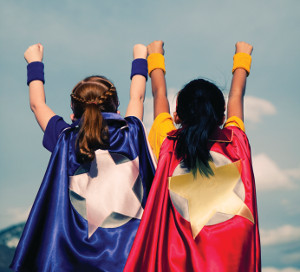 How often have you heard a parent turn to a child and say, “Now play nice!” When used properly, print-based and digital communications do just that. They not only play nicely together, but when working off one another’s strengths, they are more effective than when used alone.

Consider the example of a restaurant looking for a better way to communicate with existing customers. It had tried in-store surveys that patrons could fill out at the restaurant table, but the completion rate was low. The process was also manually intensive because employees had to interpret handwritten comments and input the data into a spreadsheet by hand.

So the restaurant kicked off a program using short-run digitally printed cards handed out by the servers. Each card was printed with a URL and password that would take patrons to a microsite where they could fill out a survey in exchange for free meals and cash prizes. Upon completion of the survey (which required patrons to provide an email address), they received an email containing a prize coupon.

Combining direct mail and email can work together to optimize marketing costs, as well.

A small liberal arts college wanted to boost donations using a nontraditional approach, so it invited graduates to a virtual networking party where they could reconnect with old classmates and professors on Facebook. To promote the party, it used a combination of 1:1 printing and email.

When the college had current email addresses, it made the initial contact by email. The email provided a sign-up for the party and announced that the class donating the most money would win a free happy hour. For those alumni for which the college had street addresses only, its first contact was by direct mail. Over a period of several days, the college kept participants updated on activity during the party and which class was leading in its donations.

Once the party was over, the college sent another direct mail piece with personalized URL to graduates who did not attend. The mailer gave them instructions for viewing pictures and stories that they missed.

The last page of the mini-site had a “soft push” to give and enabled them to still make a donation.

The results? Twenty-nine percent of those contacted attended the Facebook party and more than half (52%) of those who attended gave a gift. The college doubled the number of alumni donating to the school and added many new names to its database for the subsequent year.

Both of these examples show the flexibility of direct mail and email in working together and how they can be used to produce more powerful results than when used alone.