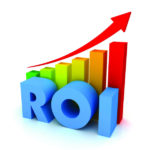 Everywhere you look, the data continue to tell a love story with print. Whether direct mail, signage and in-store displays, or print advertising, print continues to pack a wallop when it comes to ROI. It’s not that marketers need to focus on print to the exclusion of digital media, but print needs to remain a key part of the mix.

Here are some takeaways from this eyeopening study:

This particular study did not include direct mail, but one by Winterberry Group confirms that direct mail is alive and well.

For 2014, the Winterberry Group predicted growth of 1.1% for direct mail, but when revising its data, it found that direct mail spending actually grew 2.7%.

Print remains a critical part of any marketing budget that goes far beyond direct mail and marketing collateral. There is just something about the human brain that responds to print in a way that it does not for digital media.

This was reflected in a case study performed by AT&T, which aimed to determine the proper allocation of marketing budgets towards print or television. AT&T allocated 93% of its campaign budget to television ads, 5% to desktop online, 1% to mobile, and 1% to print magazine ads. The campaign was analyzed to see where the optimal budget split occurred in order to maximize return on investment across the various channels.

Here is what AT&T found:

As marketers, we love print. Our customers love print. When the right proportion of print is mixed into a marketing campaign, our bottom lines love print, too!