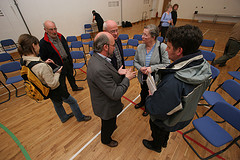 Each of us has an important story to tell. Our own. For fear of being labeled a braggart, egotistical, or any other undesirable attribute, many don’t tell their story as a part of their marketing plans. This is a huge mistake because of one very glaring reality. No one will tell your story for you.

You are the only one that knows how to weave your departments together into something that makes sense for your customers. What we’re talking about is not a marketing or public relations campaign. It’s not signing up for Twitter. It’s not engaging with your customers every day. It’s actively telling people about what your company does, and what problems it can solve for current, and potential, customers. What’s even scarier than someone NOT telling your story is when someone not connected with your company DOES tell your story.

There are many examples of this, and here is one in social media in one of the biggest news stories of this young century. Does the name BP

Global PR sound familiar? In the days immediately after the Deepwater Horizon explosion and the realization of how horrifying the situation in the Gulf of Mexico was becoming, BP’s official PR team was silent. This Twitter account, on the other hand, was not. While BP as a company remained silent, BP Global PR used satire to tell the story of just how inept BP had been, and was being, in handling the worst environmental disaster in the U.S. since the Exxon Valdez.

Control your own destiny. Own your story and learn how to tell it well. It’s your most powerful marketing tool.