Personalizing Without Getting Too Personal 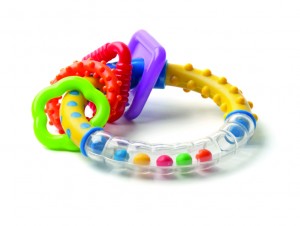 These days, consumers expect marketing offers to be targeted to their needs and preferences. If I like to sail, send me sailing coupons, not golf coupons. If I’m single, send me promotions on vacation trips to Italy or the Caribbean, not Disney World.

Personalization is a powerful way to gain long-term loyalty from customers who appreciate that you are sending them offers for products and services they actually want and need. But there are some warning stories out there, too.

Take a hard-learned lesson from Target.

Getting a foothold early is highly profitable and retailers know it.

That’s why Target has been scouring the information gathered from its credit card holders to figure out how to predict whether a woman is expecting, based on her purchasing patterns. Using what a woman buys and when, Target has been able to assign “pregnancy scores” (likelihood of pregnancy) and send suspected mothers-to-be direct mail pieces with coupons for products appropriate to the estimated stage of their pregnancies.

This is a great idea…

…except that some women may not want their pregnancies exposed.

In one case, a teenager’s father became irate when his daughter started receiving offers for diapers and maternity clothing. He called his local Target store, furious.

What were they trying to do? Promote teen pregnancy? But he was forced to apologize when he discovered that his daughter was expecting. The story blew up in the business publications— including Forbes, where it got 26,000+ Tweets and 28,000+ Facebook likes.

So while Target has continued its scoring for likely new mothers, it has made its approach more subtle.

The moral of the story?

Most customers want their offers to be personalized, but it’s best to be careful how you present them. After all, to quote an old adage, just because you can doesn’t mean you should.